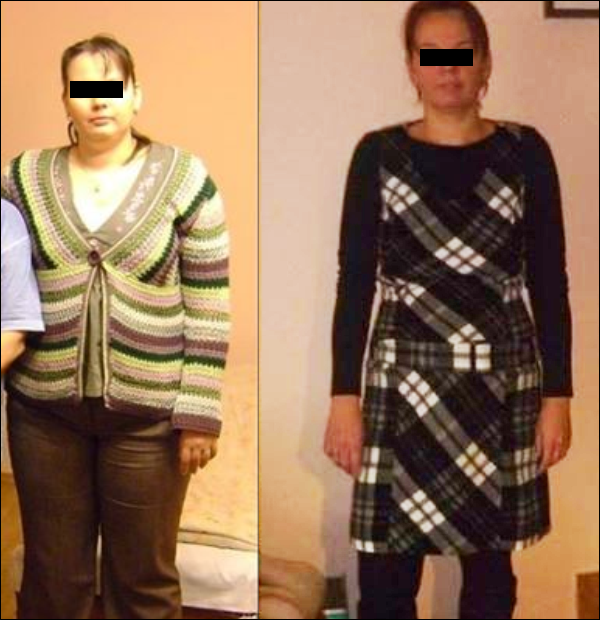 I think I have many components to lose weight, but I try to put it in the box and highlight the most important things!
In December 2012, in a baby club, some of us decided to make new year's life and slimming! I'll tell you honestly then I did not feel strong yet, but I got the momentum of the others.
Then came January 1, and it should have started, but it's about. It did not really go for 2 weeks or just the way it was! My other comrades started dieting a diary, so I thought I would open one of course!
This was the first serious step. To me the words described and the fact that others read the lines have become a huge weight. At this point I wanted to answer first, only to them, and then within a short time for me and January 15 was the day when something came in my mind and I respected what I had invented for myself!
Starting values ​​on January 1st:
Weight: 113 kg
Height: 170 cm
Purpose: 70 kg
Set Date: December 24, 2013
I made the diet so that:
- Morning update bread, cold cuts, lots of vegetables, or update wares
- Ten o'clock: I skipped because we're having lunch early for the kids.
- Lunch: Also update. This is what I ordered or still did. If it was something I did not like, or I was getting tired of the menu for summer, then I did home for example: fried chicken, fish, but update with flour and crumbs. Or if we were with relatives, I did not eat a bowl of meat if it could not be solved (eg egg noodles), then I measured my dose in advance.
- Snack: 2in1 coffee and fruit, stronger sport days U1 pudding
- Dinner: Initially a protein shake, but as I started running there was little and then came in or update with bake cooked or sliced ​​vegetables, or scrambled eggs or turnips of course!
- Drink just plain mineral water
I chose this path because I love sweets and bakeries, I knew they would not go without them. The update has all but low ch values.
I ate these meals for about a day. 1200 - 1500 kcal and 100 ch (carbohydrate). This is a great help for kaloriabazis.hu.
I also tried the cavitation breakdown, I dropped six 6 passes!
The sport was built so that in mid-January I started training at home, every 35 minutes I made Norbi kickbox. Well, the initial 111kg was pretty intense too!
Then, starting mid-February, I started swim weekend, first it was 1 km, then it was 2 km, from June it was a week a week.
I thought I could start running 90 pounds, I'm gonna get it. It was in May. I made this plan through:
http://edzesonline.hu/edzesterv/5/
I enjoyed and loved running! With the start of the run I ran the tournament, there was 2 swimming and 3 runs a week!
When the run-up was over, I ran 3 km a week for 5 km. This is approx. From 1.5 to 2 months, I lifted approx. 700 meters. Now 8 km goes smoothly!
Whatever sport I had, there was a minimum of 5 occasions per week. In winter, this regularity decreased, but I kept 3 occasions a week!
Well, I'm here now! The pounds were very easy, the average of 1 pound per week by mid-October! And it was not hard, it was full of resignations, so I love updatet.
I eat and drink in CalorieBase, calculate everything on the surface, see how much I can eat that day! I also take sport and bring it up. Very good site, great help !!!
At the beginning of a diet or rather a lifestyle change, I made a plan for myself to see what was to be seen on a scale for seven to seven weeks to reach my goal by the end of the year and to have a normal weight loss rate. I am convinced that detailed design and CalorieBase have been my success! In the table I planned how much I wanted to lose over a period, which I set as a Goal in the Base, which calculated everything for me! I kept my daily calories there, letting myself down in the carbohydrate, letting it go so I decided for myself at 100g / day. After each meal I took what I had eaten and I had enough to eat that day! You would not believe the control of the site! It was also a fact that I had seen in the afternoon that I had a bad time with the calories so I put an unplanned sport on that evening. I was in the frame again!
And yes, I am a pretty rational woman! I have checked the thing! I tracked for a week and now I have a chart for how much I was expected lose according to CalorieBase in a week and how much I actually lost! The result is very surprising, since it is the average of 8 months with a difference of 314 kcal per week !!! That's nothing!!! My Level Is A Bake Cake !! And then consider that whenever I bite into the family's delicacies I will not take it to the side or that as a women's body we work differently for seven to seven days! And yet the data are realistic and the plan and fact run in!
I'm currently 71,7 kg, I thank you for 41 kg and you and me! Even 2 kg is the goal, or to start with the balance, but I've already won !! Thank you CalorieBase!!!
2023.02.08
CALORIE CHART
Grain, Cereal, Seed
Bakery, Pastry, Pasta
Vegetable, Spice
Mushroom
Fruit
Oil, Fat
Meat product
Fish
Dairy product
Cheese
Egg
Soup
Quick-frozen, Canned
Ice cream
Prepared meal
Drink
Garnish
Desktop version    Mobile version
You can read data management conditions here.
By using this page you automatically accept Terms of Use