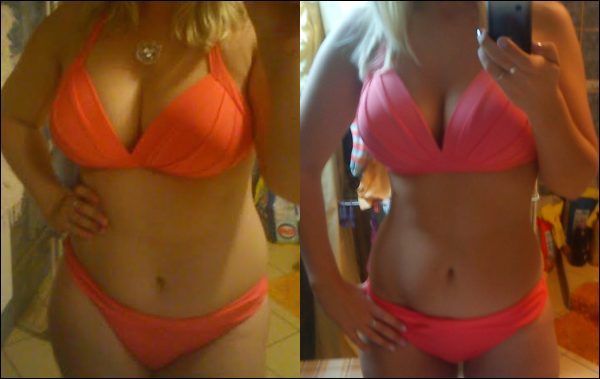 When I started using CalorieBase, it was August 5, 2013. According to the calculator, I fell into an overweight category, which was 87 kilograms (172 cm). I managed to get this 25 kg weight over just 2 years, which I had been experiencing by my stressful lifestyle.
But after the shocking result I began to change my lifestyle, I simply could not afford the many criticisms I received from acquaintances, unknowns, and family members.
Initial successes, however, have inspired me - mostly due to CalorieBase - that motivated me not just by other people's opinions about me.
It is in me that life is really too short to be not lived in a body that we deserve.
How hard was it to start? Yes. How is it worth it all the time? Yes. There are a lot of obstacles to overcome, no doubt, but in order to deliver the given excess weight you need to be WILL and PERSEVERANCE.
At the very beginning I could have been crying for 23 years, that I could not eat anymore because my body was well used to daily calorie intake of 3000 to 4,000 and it was obviously shocking to see that after this huge amount of potatoes, which lasted over 2 years, 1300 -1500. Of course, I had dead spots, and there are still times when I eat more than allowed, but I try to correct them in the next few days with great care and sport. Sport in my weight loss also plays a major role. Since August, 2-3 times a week I go to fat burning and body shaping classes in a fitness room, which is also recorded on the site, so it's easy to trace the weight loss process. Returning to nutrition, I did not follow any diet, I really ate the same, just in much less quantity. If I wanted chocolate, ice cream, pizza or chips, I would. The point was that the calorie intake of these foods should not exceed the limit.
So thank you very much for CalorieBase that you are and hope that my little story will also contribute to a success of someone with icipicit. In my case there are also 5 kg that I would like to get rid of in the next one and a half months, but I will not give up and do not! I wish everyone good luck!
2023.02.08
CALORIE CHART
Grain, Cereal, Seed
Bakery, Pastry, Pasta
Vegetable, Spice
Mushroom
Fruit
Oil, Fat
Meat product
Fish
Dairy product
Cheese
Egg
Soup
Quick-frozen, Canned
Ice cream
Prepared meal
Drink
Garnish
Desktop version    Mobile version
You can read data management conditions here.
By using this page you automatically accept Terms of Use